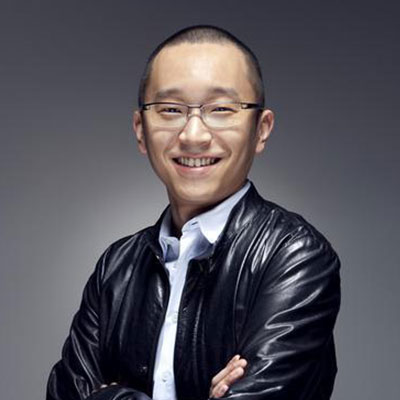 Li Xiaofeng『Ash』 Writer/Director
Li Xiaofeng was born in Hefei, China and studied filmmaking as Sint-Lukas Brussel. He is a renowned film critic and writer and has worked as screenwriter and leading actor on Zhang Yuan’s Dada’s Dance (2009, Sundance).

His directorial debut film Nezha (2014) was premiered in New Current Competition at Busan Film Festival and also nominated for Best New Director and Best Adapted Screenplay at the 51st of Taipei Golden Horse Award.
In 2017, he finished his second directorial film Ash. 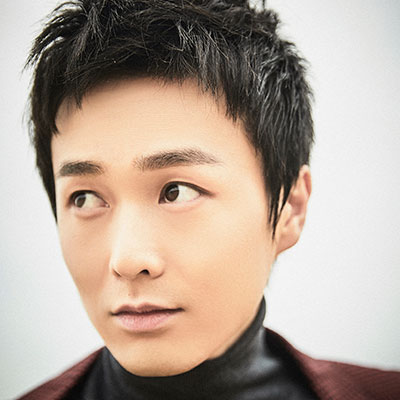 Xin Peng 『Ash』 Actor
Born in Nov 11th, 1992 in Henan, China, Xin Peng graduated from the Central Academy of Drama, majored in performing arts. Around 2015, he started his career with the feature film Lost and Love (2015), working with the leading actor Andy Lau. In the same year, he joined the youth film NEZHA (2014), directed by Li Xiaofeng. After that, he took part in the TV series Hunter Jame (2015) and Requiem (2017). In 2017, he works with director Li Xiao again, as one of the major characters in the feature film Ash (2017). 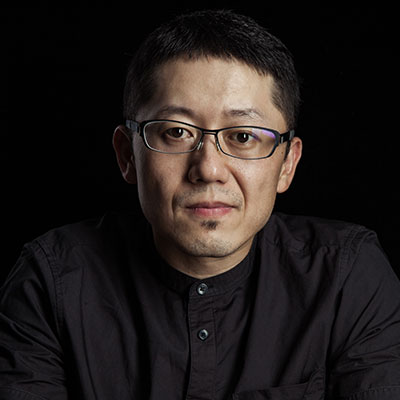 Susie Wen『WRATH OF SILENCE』 Producer
Susie Wen was born in 1987 and graduated from Department of Radio and Television Journalism at Zhejiang University of Media and Communications. She had six years of television programming experience and then went into the film industry and engaged in filmmaking. She has participated in the productions of the feature films “THE COFFIN IN THE MOUNTAIN”, “DISTANCE”, “WRATH OF SILENCE”, etc. 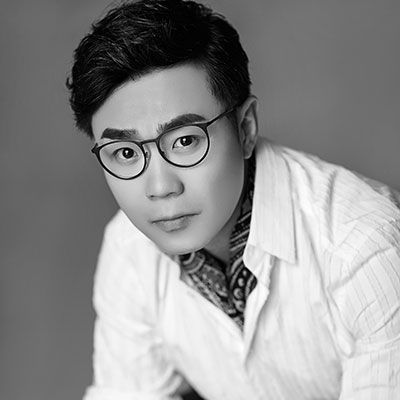 Da Peng『City Of Rock』 Director/Actor & 『The Thousand Faces of Dunjia Stage Greeting』Actor
Dong Chengpeng, aka Da Peng. Born on January 12th, 1982 in Ji'an City, Jilin Province. He is an actor, director, screen writer, variety host and singer.
In 2004, Da Peng kicked off his career as a talk show host in Sohu.com's celebrity talk show.
In 2006, Da Peng released his first single.
In 2007, Da Peng started his own talk show Da Peng Talk Show on Sohu.com. It was the first and later became one of the most influencial internet talk shows in China.
In 2010, Da Peng became the 53rd apprentice of Chinese comedy master Zhao Benshan.
In 2012, Da Peng's internet mini-series Diors Man was an phenomenonal hit. He wrote, directed and acted in the titular role himself.
In 2015, Da Peng won Best New Director and Best New Actor at The 12th CCTV6 Media Awards for his first film Jian Bing Man; that same year, he was named Outstanding Chinese Young Director at The 11th Sino-US Film Festival.
In 2016, Da Peng played the leading male role in director Feng Xiaogang's I Am Not Madame Bovary. He was nominated for Best Actor in a Supporting Role for this movie at The 11th Asian Film Awards the year after.
In 2017, Da Peng directed and played the leading role in the movie City of Rock.
Guest information
Chinese Film Festival In Japan Screening Title List CFF In Japan
unreleased in China
SPECIAL GUEST
ASH
In the late 1990s, two young men from the lowest rung of society commit two murders. A decade later, their paths cross once more, stirring the ashes of the spirit world into something new and restless. Delicately told and beautifully shot, "Ash" is a film about social class and moral choices. CFF In Japan
SPECIAL GUEST
City of Rock
The landmark of“City of Rock”Ji’An, Rock’n’Roll Park, is about to be tear down. In order to save Rock Park, young rocker Hu Liang spend all his savings hiring Cheng Gong, agent of a failed band, hoping that Cheng Gong would help him start a rock band called “Sewing Machine”, to turn the tide and save Rock’n’Roll. Cheng Gong doesn’t realize it’s an unreliable situation until he arrives at Ji’An, it’s too late for him to quit so he has to keep helping Hu Liang. The two of them struggled to recruit other members for “Sewing Machine”. The band members, “Crutch girl” with strong personality who just broke up, mysterious handsome guy with funny back tattoo, gynecologist with clogged brain vessels, clever little girl with cute sprite, all seem like weirdo. Dumb but stubborn Hu Liang, perfunctory and gold-digger Cheng Gong, how will they finish this mission impossible, and find themselves in this journey of music? Will “Sewing Machine” make a miracle? CFF In Japan
DUCKWEED
The year is 2022. 23-year-old Lang (Deng Chao) is the newly crowned champion of the National Rally Championship. The racer seems to have an infinite future ahead of him, but all he wants is to prove himself to his father, Zheng, whom he blames for his mother’s death. After the race, Lang takes Zheng on a joyride, one that is abruptly cut short when they collide with a train. Lang wakes up and finds himself magically transported to 1998 Shanghai, where he meets a young Zheng (Eddie Peng) as well as his best friends, Xiao Ma and Liu Yi. Lang explores his father’s youth with great curiosity. Zheng may seem like a two-bit hoodlum on the surface, but in reality he is a kindhearted, benevolent young man who is beloved by his neighbors. However, when Lang learns that Zheng is dating a girl who isn’t his mother, he decides to derail the relationship by any means necessary in order to ensure his own birth. CFF In Japan
The One
Lu Xiao Yu, runs into Foodie, Xiao man, while on a sabotage mission. Xiao Yu manages to talk Xiao Man into completing the mission for him and unwittingly gets sucked into the world of food. He witnesses the amazing skill and artistry of some of the top cooks, who really imprinted on him and sets him on the right path. CFF In Japan
unreleased in China
THE TASTE OF RICE FLOWER
After years working in town, Ye Nan, a mother from Dai Minority, comes back to her village in Yunnan at the Sino-Burmese border. She wants to take care of her left-behind 13-year-old problem daughter. However, the road to rebuild their relationship is full of obstacles. One day the daughter is arrested for stealing money from a donation box in the most sacred temple with her friend, who gets sick afterwards. As people think the girls are possessed by devil, they decide to follow indications from the Mountain God to save the girls and the future of their village, who asks them to go to worship the stone Buddha in the 250-million-year-old karst cave during the Water-Sprinkling Festival… CFF In Japan
unreleased in China
SPECIAL GUEST
WRATH OF SILENCE
On a chilly winter's day in Northern China, a shepherd boy roams the mountains with his herd. He walks by a slope and gazes down into the shallow creek beneath him. Two days later, miner Zhang Baomin hurries back to his home - his son has disappeared in the mountains. Three days later, lawyer Xu Wenjie's daughter disappeared as well. He picks up the phone and calls the only suspect possible. Mountains and the wilderness, people lose themselves in this no man's land in search of their blood. CFF In Japan
Youth
HE XIAOPING faces discrimination because of a family scandal. She hopes to start over in a new place, but finds that the shame has followed her to Chengdu. LIU FENG is well-liked within the group but he has unrequited crush on the lead solo LIN DINGDING. Liu Feng experiences the pain of rejection and is expelled from the group when he makes an unwelcomed advance on her. He Xiaoping is heartbroken because she had secret feelings for Liu Feng… Each of the members of the art troupe all learn lessons in this coming-of-age story. Their paths have led to different places and different experiences. CFF In Japan
Till the End of the World
Fuchun and Ruyi survive from an aircraft crash caused by a sudden snowstorm in the Antarctica inland. They now face another cruel fact that is how they keep living in the end of the world. They have to perform self-rescue together in this desolated place. Ruyi, a female aeronomy physical scientist who knows almost everything about Antarctica, suffers from shin fracture. Thus Fuchun, a practical nouveau riche who knows everything about how to make penny, has to drag her along with him to search for help.
Luckily, these two whose destinies are bound together find a deserted observation hut. Thus, in the following 75 polar days full of hunger and freeze, with “home” as a center, Fuchun sets out repeatly in different directions to reach for help, while Ruyi, who is left in the hut, bearing the pain and withering, calculates and plans the journey, waits and prays for Fuchun’s return.
Although death is routine out there on the magnificent and deadly beautiful continent where almost grows nothing. Fuchun and Ruyi’s love blooms in the hopelessly searches and expectations day by day… CFF In Japan
SPECIAL GUEST
The Thousand Faces of Dunjia
During the Northern Song Dynasty in China. Dao Yichang is a young and impetuous man with exceptional talent. He just reports for duty at a police station in Kaifeng, the capital. He swears to punish crimes. Poked fun of by senior constables in the station, the unsophisticated Dao is sent to track down some fabricated bandits. However, by accident he tracks down a secret private organization——"Wu Yin Men". "Wu Yin Men"'s members live a secluded life in the civilian world in strange capacities. They are fighters of exceptional talents which defy nature. But, they play low key and stay fixed to their own post. Dao Yichang can’t help scratching his head about this. It turns out that an awesome strange outer-space creature has been trying to destroy the humans. They would have made it, had it not been for the secret efforts of "Wu Yin Men". In this way, people continue to live in a seemingly peaceful world, without realizing the undercurrent of danger. What takes the team by surprise is that their rivals are powerful beyond imagination. To save the world, the warriors are ready to face the impossible again…